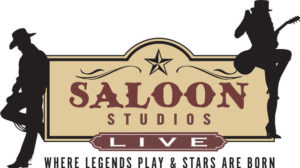 WEST JEFFERSON, NC, AUGUST 2019 – 50 years ago in Bethel, New York, the most iconic music festival in history brought three days of fun and music to a now famous farm. Celebrate the 50th anniversary of that legendary festival as Saloon Studios Live presents the WE 2019 Festival in two upcoming weekends: August 9-12, and again August 16-18.

Located in the picturesque Blue Ridge Mountains in West Jefferson, North Carolina, the festival features performances by artists who performed at the original Woodstock Festival, including:

“We’re elated to celebrate the living legends of that iconic 1969 festival,” says owner Laura Jones. “We’re hosting two full weekends of legendary live music to bring some the magic of the original festival right here to our little town in the mountains.”

The WE 2019 Festival is an outdoor rain-or-shine festival. Camping is available on the premises, as well as food and drink for the duration of the event. A limited number of cabins and nearby hotel rooms are available. Find out more at saloonstudioslive.com/we2019-experience-festival.

Saloon Studios Live is a 19-century western town replica, complete with a sheriff’s office, post office, blacksmith shop, undertaker, general store, and cantina. At the heart of this 20-acre town is the Saloon, complete with western artifacts and bar stools made from saddles. The saloon is a live performance venue and state-of-the-art recording studio, which hosts a series of yearly “rock legend” concerts.